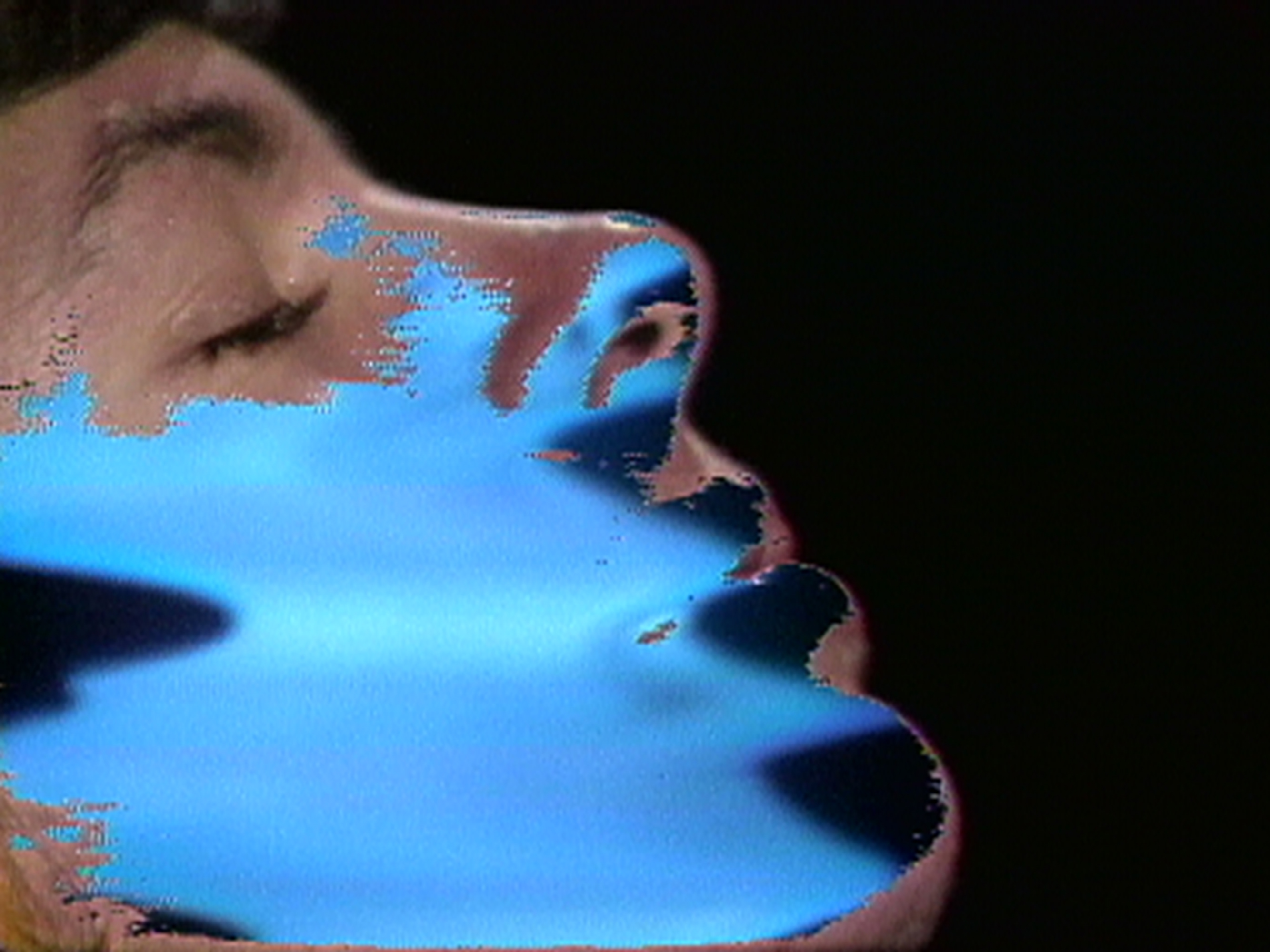 Paik produced this video work when he was an artist-in-residence at Boston’s public access TV channel WGBH. He created a video collage by bringing together pure electronic abstractions, live television broadcasts, pre-recorded material and images in the studio, including the faces of WGBH producers Fred Barzyk and Olivia Tappan. Segments of 9/23/69 were incorporated into later works, such as the TV broadcast Video Commune (1970).