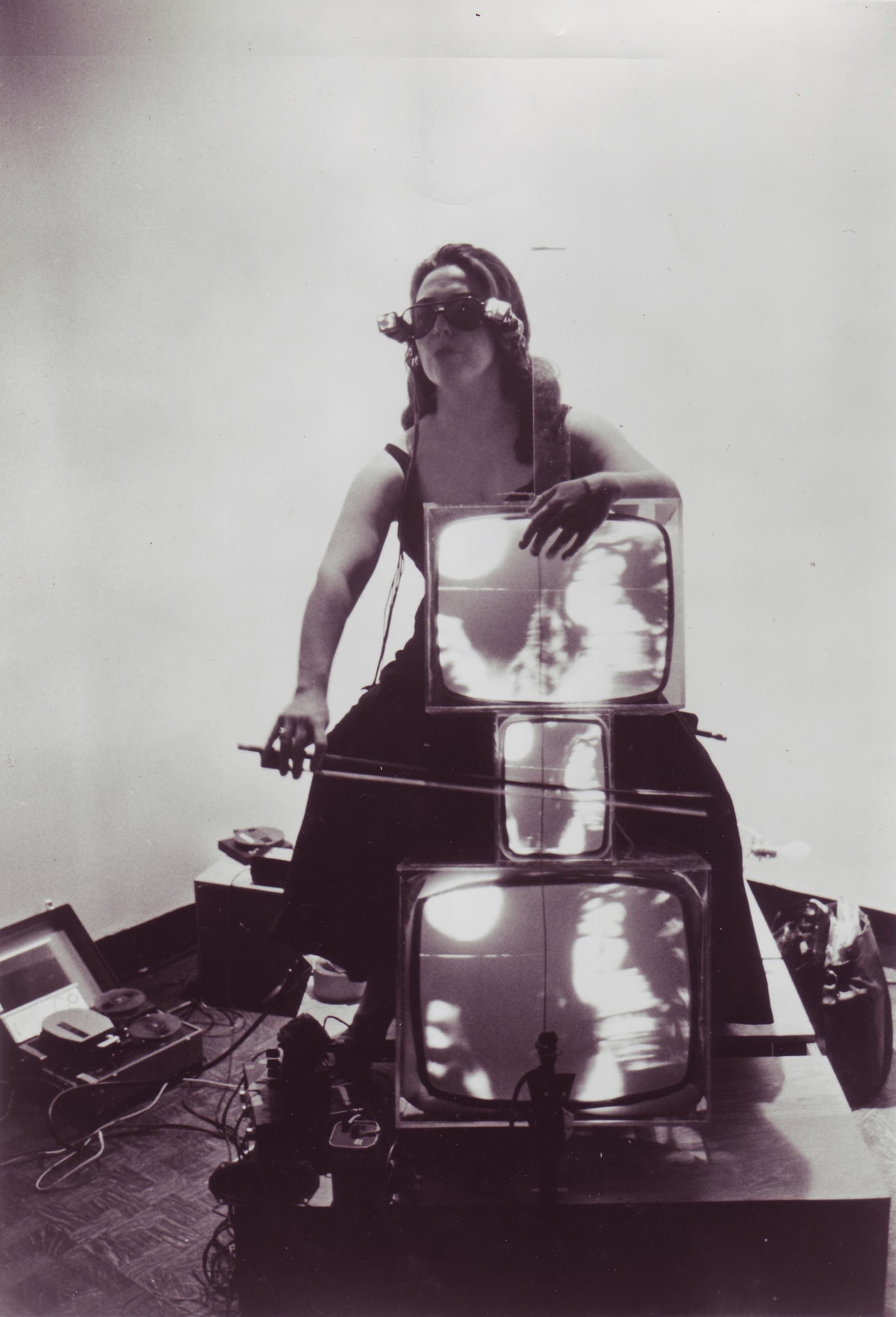 Paik and Moorman introduced technology into the world of music through TV Cello. In Paik’s video Global Groove, Moorman stated that TV Cello was “the first advance in the cello since 1600.” When Moorman played the work in its original form, the television screens would show three different displays–a live broadcast of the performance, a video montage of other cellists, and a live feed of a television channel on air.