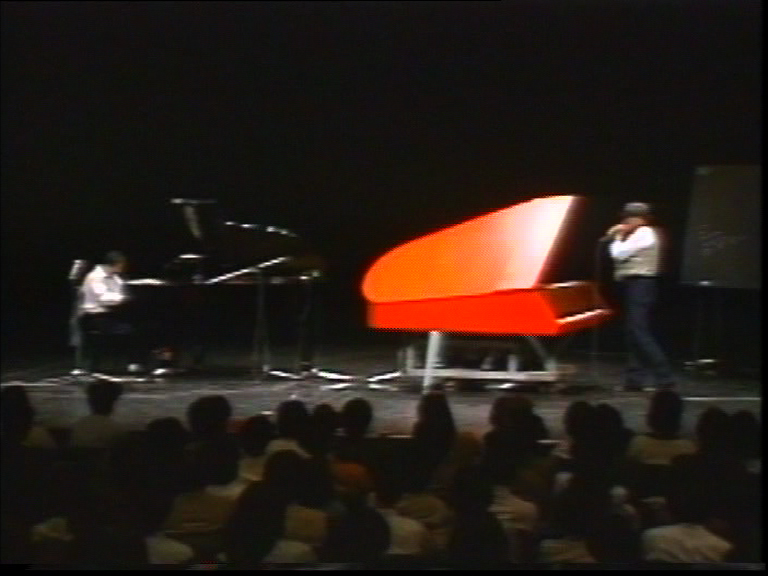 Coyote III was Paik’s and Beuys’ last collaborative performance. It was held in Tokyo, where their solo exhibitions were happening at the same time. While traveling to Tokyo together they came up with the idea for a joint performance. It featured two grand pianos on stage: while Beuys scribbled on a blackboard and howled like a coyote, an important animal in his personal mythology, Paik played the “Moonlight Sonata” and other songs related to the moon from Korea and Japan. He believed the moon was another shared motif in their work.