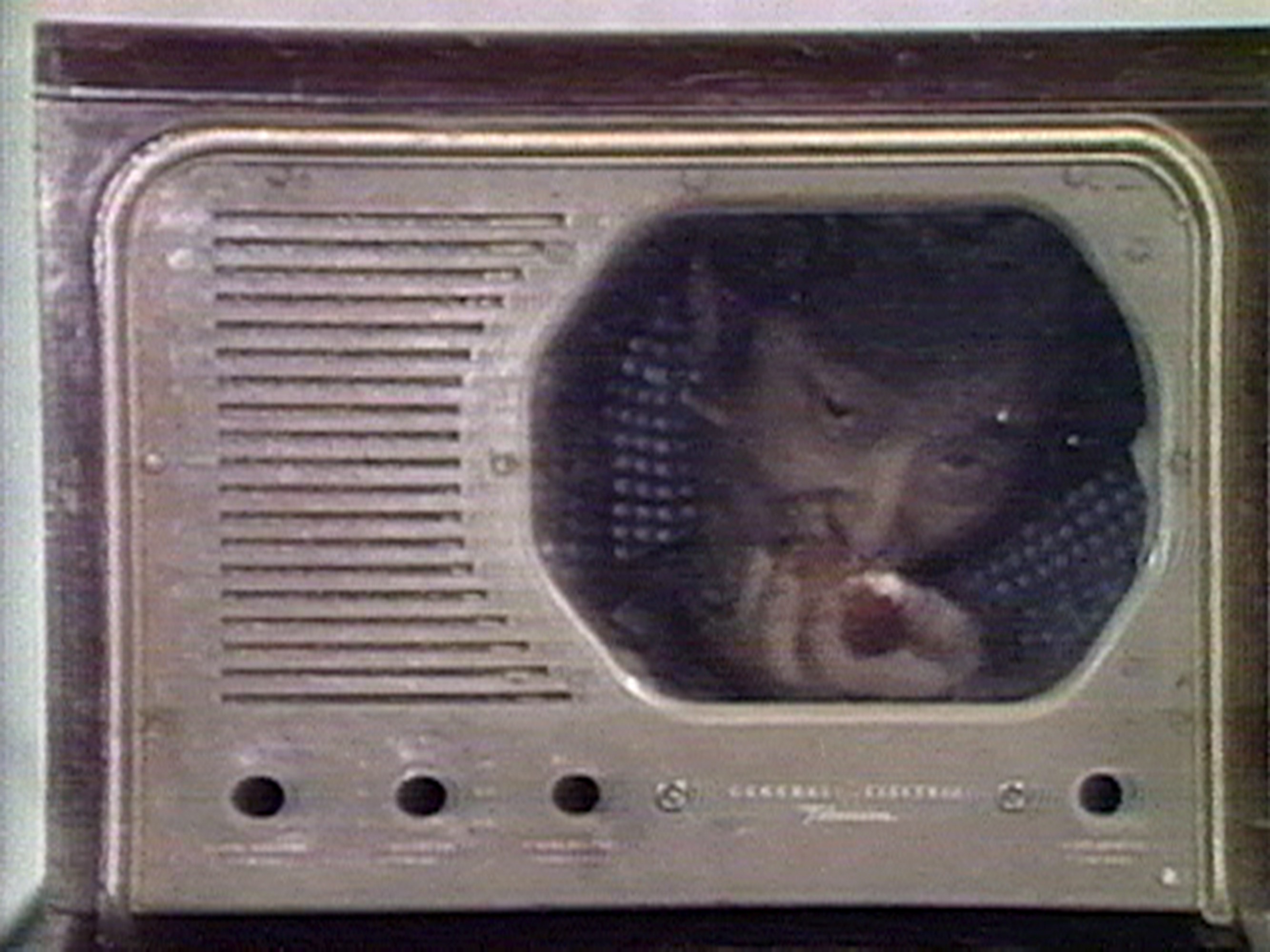 Documenta is a large survey exhibition of contemporary art held every five years in Kassel, Germany. In 1977, Documenta 6 featured the first TV programme made by artists to be broadcast via satellite, reaching over twenty-five countries. Paik and Moorman demonstrated their collaborative works for the camera, including TV Bra, TV Cello and TV Bed. Joseph Beuys spoke directly to viewers, elaborating on his utopian theories of art as “social sculpture.” From Caracas, Venezuela, Douglas Davis performed a participatory piece in which he addresses the distance between himself and the television audience.