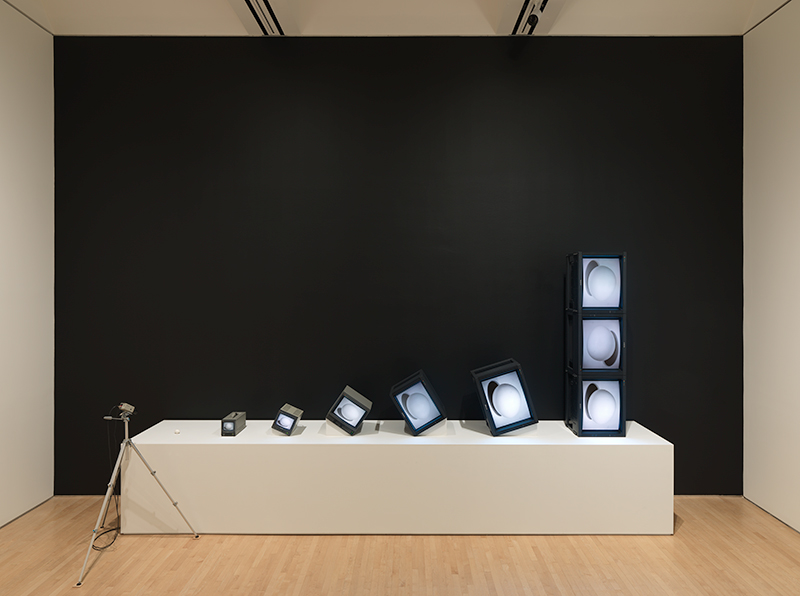 Egg Grows studies the concept of the real and the represented as expressed through the live feed created in this video work. A surveillance camera videos the real egg before it and transmits the image to a succession of eight monitors increasing in size. The resulting playful illusion of an egg enlarging and expanding demonstrates the video’s ability to amplify its subject and invites viewers to reflect on technology’s influence on human experience.