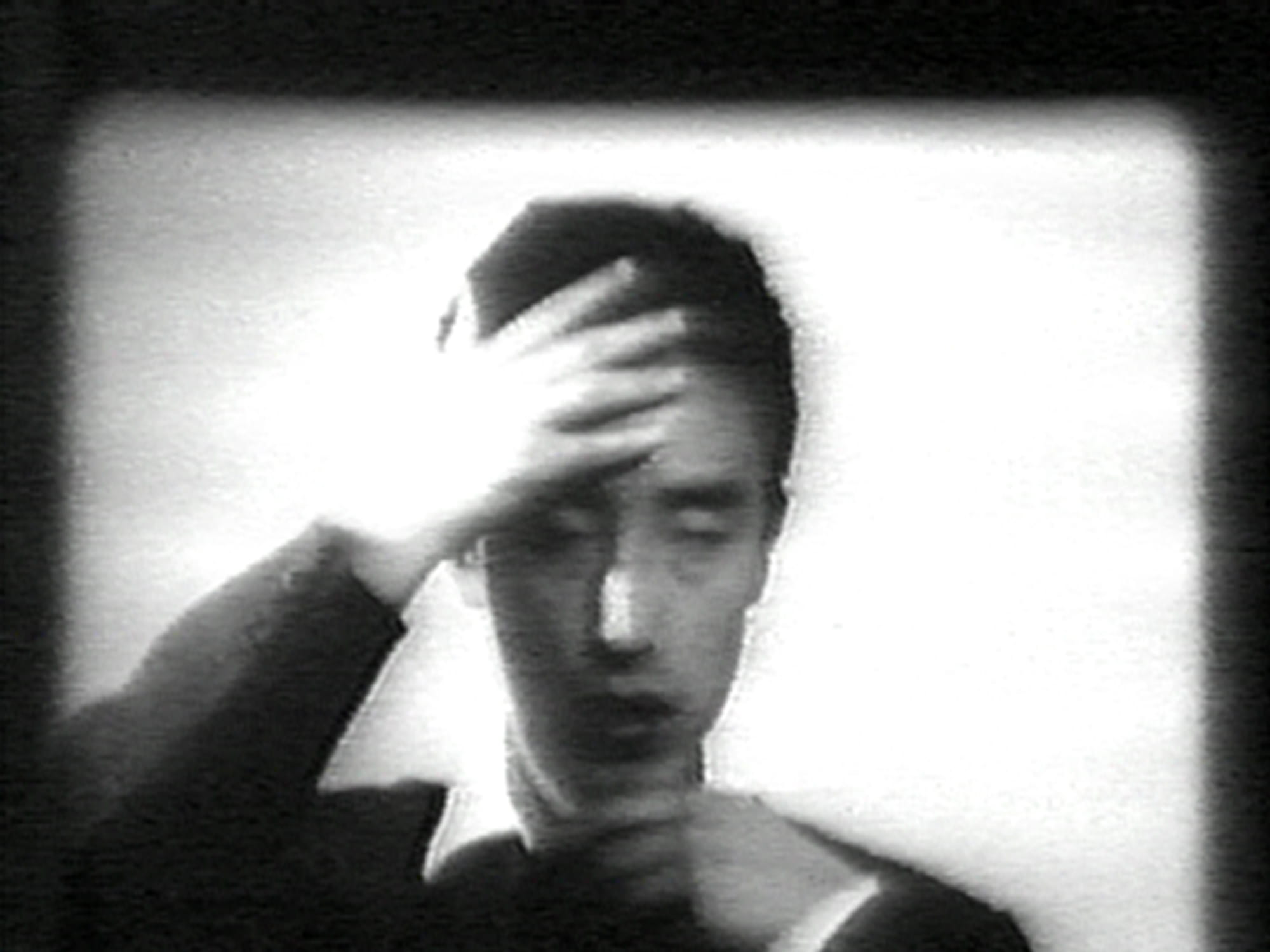 This brief silent film captures one of the gestures Paik performed as part of the cast of Originale, a 1961 composition by German experimental musician Karlheinz Stockhausen. This orchestrated “happening” paired the composer’s dissonant music with loosely scripted actions. Paik, billed as an “action musician,” poured flour and water over his own head, threw beans at the audience and executed slow-motion gestures like buttoning his shirt or veiling his face with his hands. The slowness and simplicity of this act of self-sensing turns it into a poetic moment of meditation.