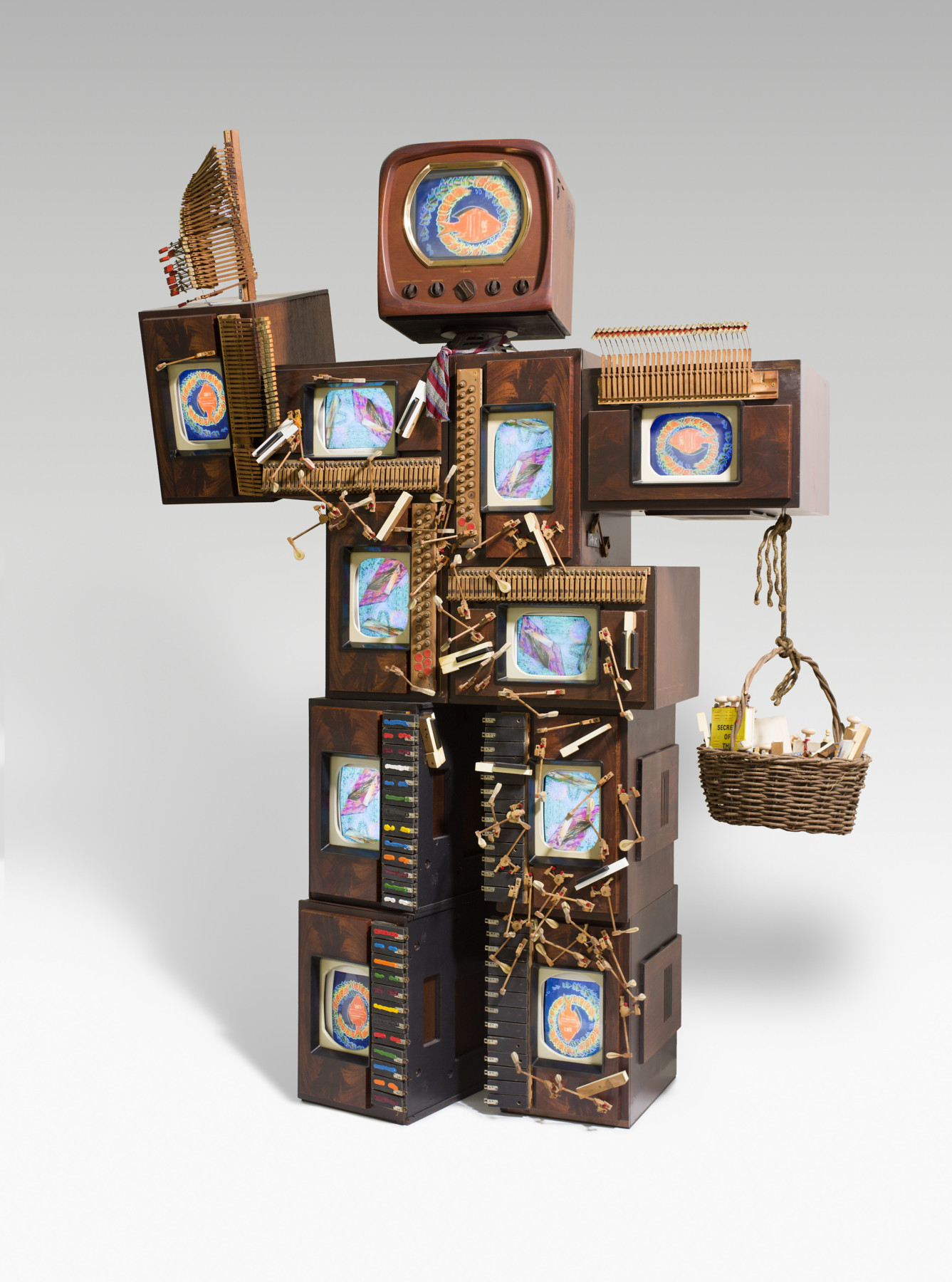 John Cage Robot II drew inspiration from Cage’s 4’33”, a revolutionary composition comprising three movements of silence. Adorned with piano hammers and piano keys, the robot figure by Paik recalls this exceptional performance that did not involve the playing of any keys, leaving the audience to experience instead a deafening silence. Paik’s sculpture reflects Cage’s belief that silence or ambient sounds play as important a role as melody in a piece of music.

Other references to Cage can be observed through the objects placed within the basket the robot holds. The chess figures likely represent Cage’s 1944 composition Chess Pieces, while the mushrooms allude to Cage’s background in naturalism. The books represent the artists’ shared interest in Zen, and the CDs are Cage’s 16 Dances and In a Landscape. A cut tie around the robot’s neck refers back to Paik’s 1960 performance of Etude for Piano Forte, in which Cage became an unwitting participant.