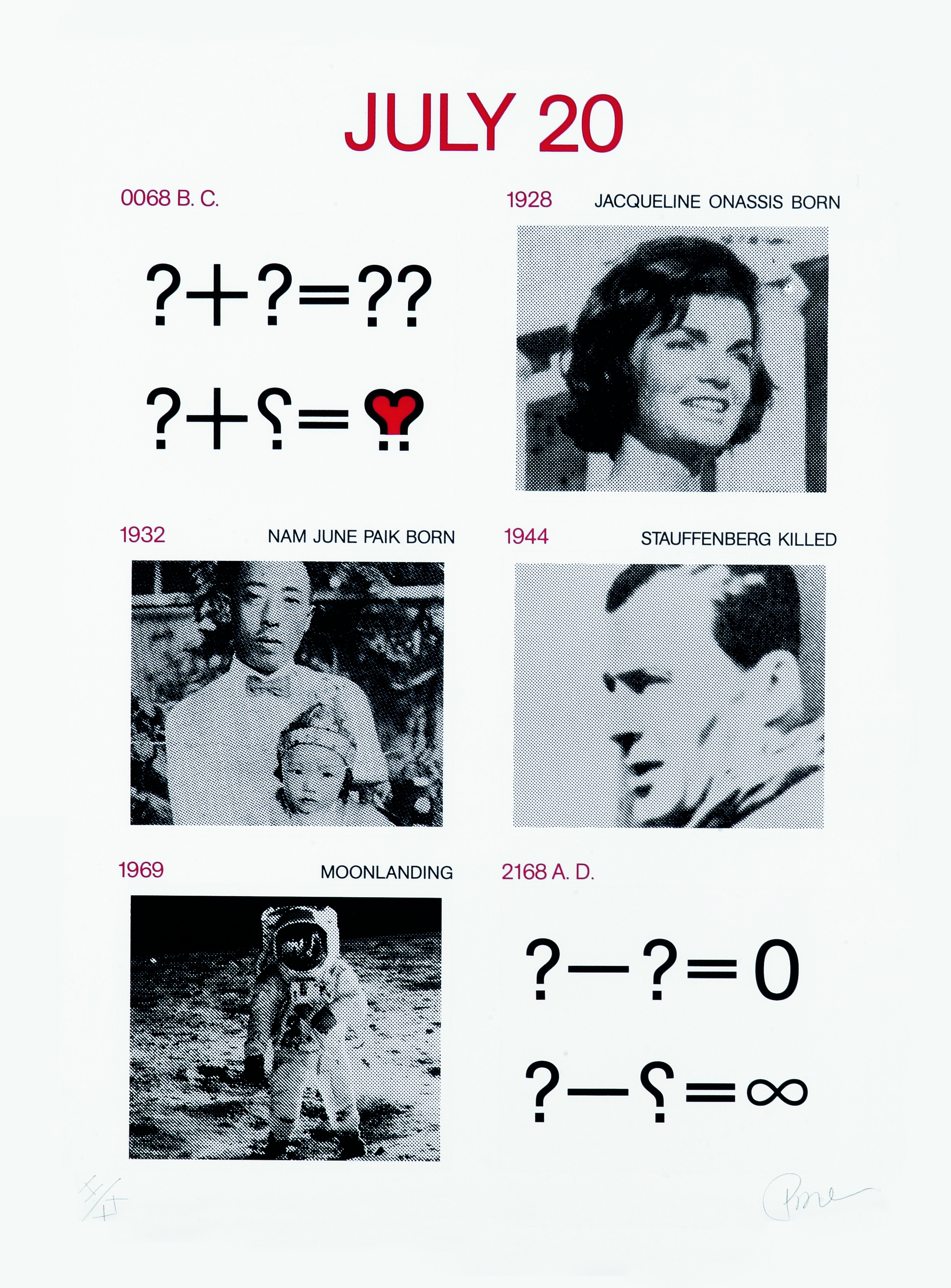 This print celebrates the historical significance of the 20th of July, Paik’s birthday. It shows four photographs and four cryptic equations. Moving clockwise, a childhood photo of Paik, dressed in a traditional Korean costume with his father is juxtaposed with former US first lady Jacqueline Kennedy Onassis, who shared the same birthday. Below Jacqueline is Claus von Stauffenberg, the German army officer who attempted to assassinate Hitler on 20 July 1944. In the bottom row is a photo that commemorates Apollo 11’s moon landing on 20 July 1969.  Four pseudo-mathematical equations, a recurring motif of Paik’s works, appear under dates in the far past and far future, suggesting a logical connection between these events across time.