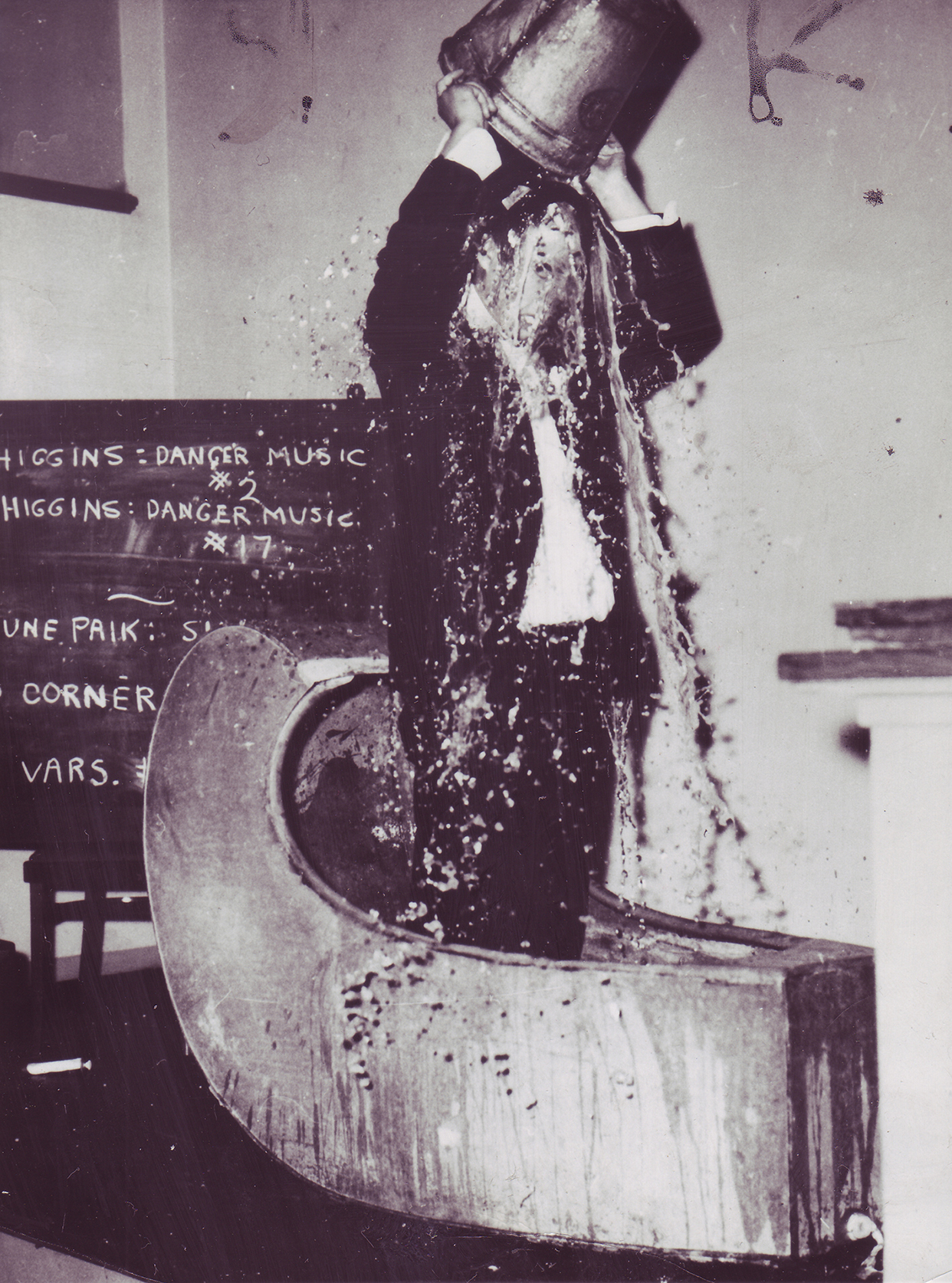 Simple was a section of Karlheinz Stockhausen’s theatrical composition Originale, which Paik first performed in 1961 at the Theater am Dom in Cologne. Simple featured Paik pouring flour and water over his own head as Stockhausen’s Kontakte was played. Later, Paik also performed Simple as a self-contained solo performance, isolated from Originale. Simple was considered Paik’s own work rather than Stockhausen’s, which meant he was allowed to perform it at Fluxus events.