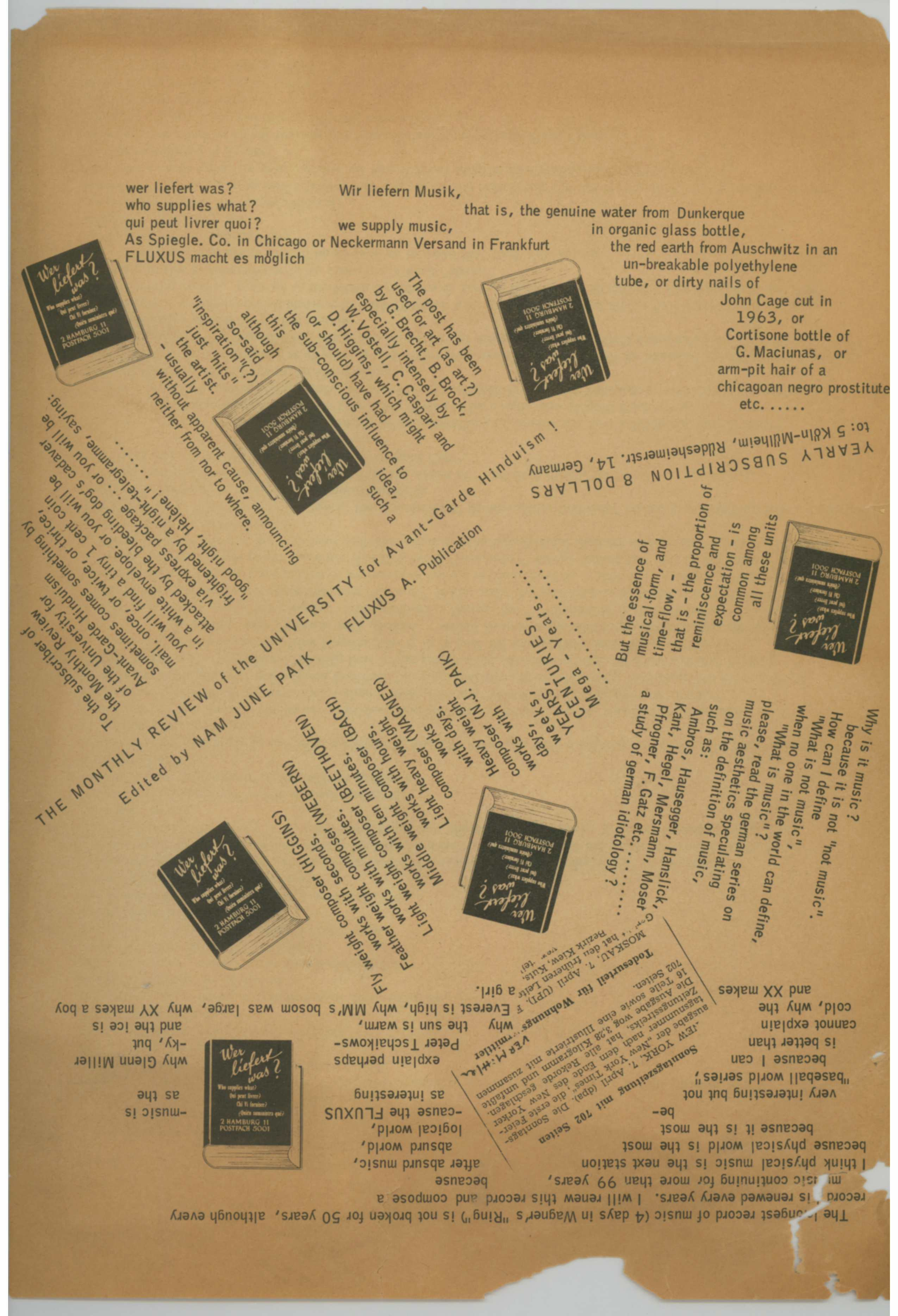 Paik produced Postmusic as part of a mail-art project titled The Monthly Review of the University for Avant-garde Hinduism. In this text, subtitled “an essay for the new ontology of music,” Paik summarised his thoughts on music at large and in relation to his practice as a visual artist. Towards the end of the text he mentions “New American style boring music,” presumably referring to the compositions of La Monte Young and Morton Feldman, later known as minimal music. Paik considered boredom as a key concept in Zen philosophy and as a positive quality in art.