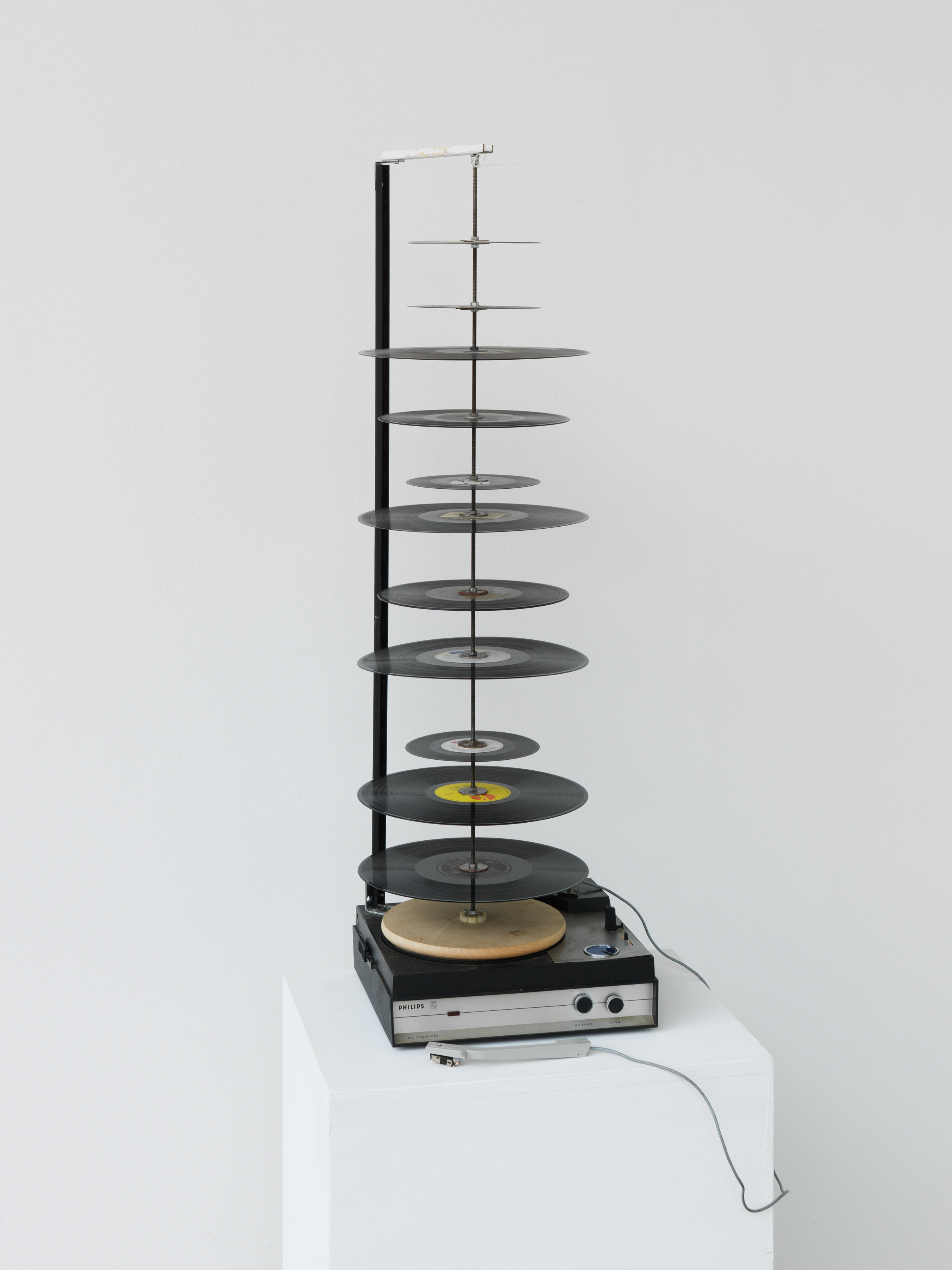 In the basement of Paik’s 1963 exhibition, Exposition of Music—Electronic Television were a number of interactive works based on audio playing devices, including two Record Shishkebabs. These were record players mounted on old radios, their axis extended upwards to hold a number of randomly selected records. Another pole with more records spun around thanks to a rubber band attached to the first. In the original works, visitors could create an ever-changing mix of sounds using a moveable arm connected to the device via an extension cord. The two original Record Shishkebabs have been lost; this is a replica created for a 1980 exhibition.