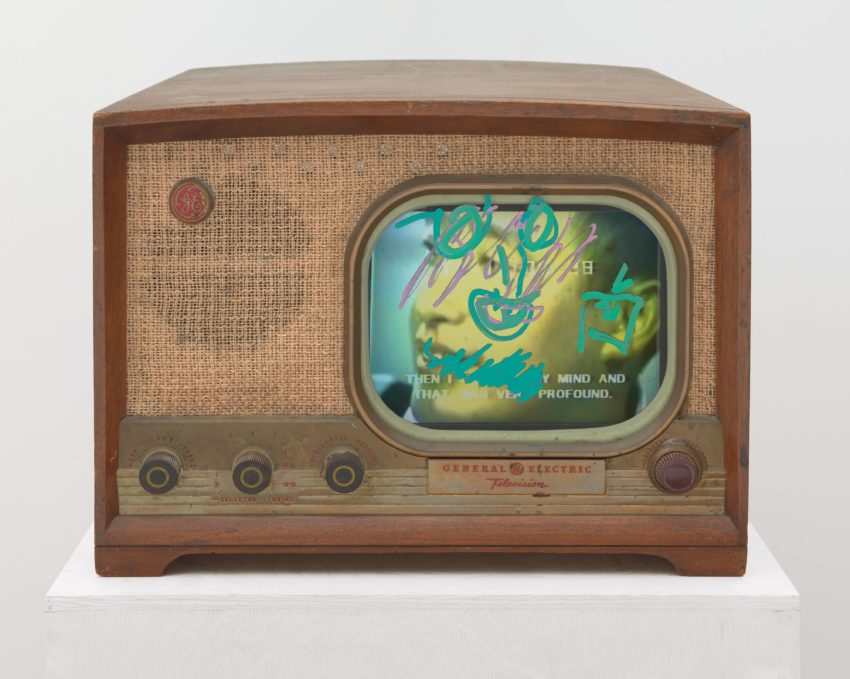 Paik continued to paint and draw throughout his career, often over existing materials like newspapers and found objects. Many of his late works are characterised by colourful painted additions. Faces and TV screens were his most common motifs. The two come together here in this sketchy self-portrait, painted on top of a functioning TV screen showing footage of and by the artist. This is one of Paik’s very last works. On one side of the cabinet, Paik signed the work with his name in English, Korean and Chinese.