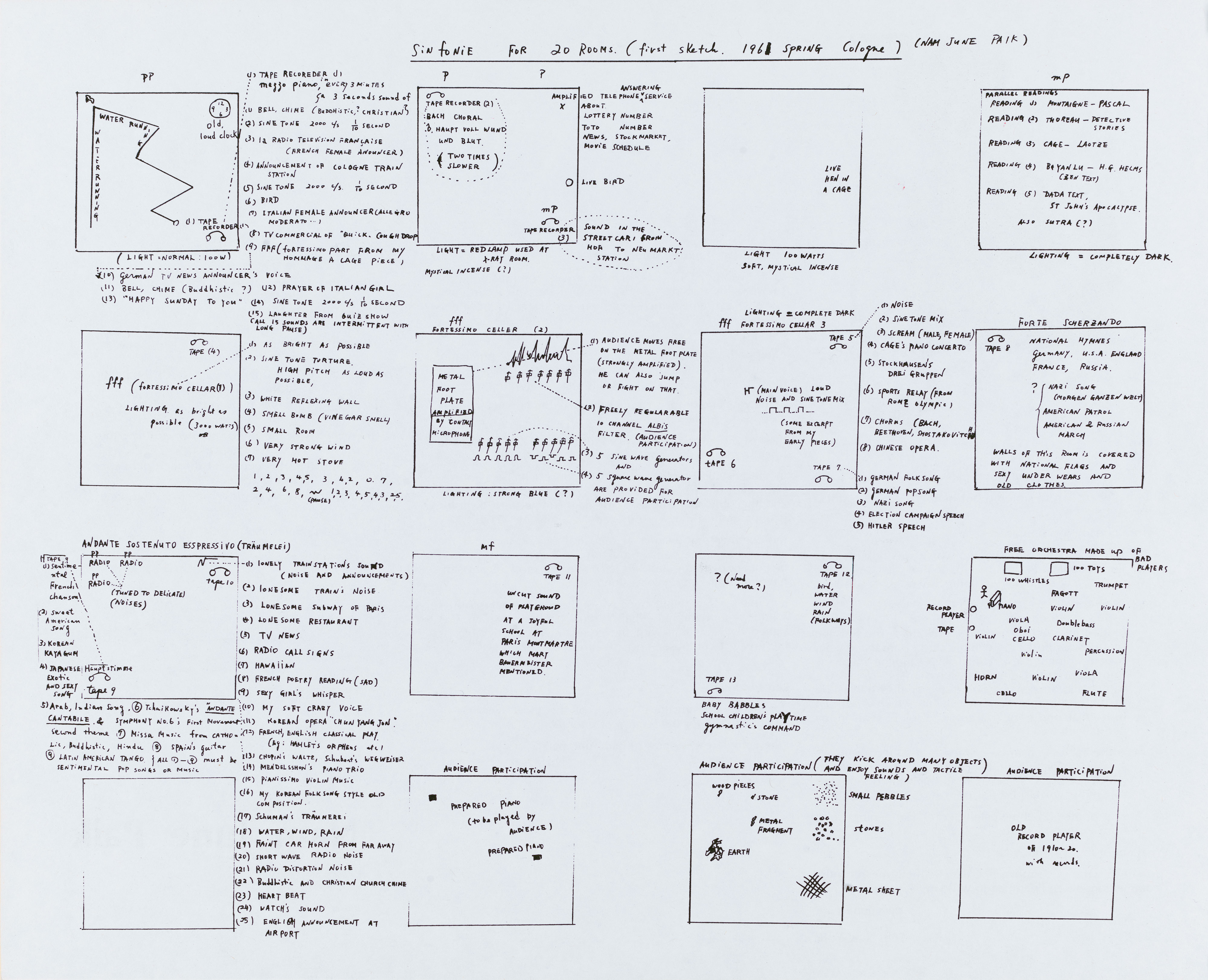 English re-creation of original German score, published in Source: Music of the Avant Garde, no. 11 (1974)

The score for this "symphony" features smells, visual elements, auditory components, and performance, describing various immersive experiences within different rooms. Trained in classical composition, Paik began his artistic career with a radical expansion of the fundamentals of music. This early work establishes the terms of his mature practice: the boundaries between art, music, and life are made porous, as are the divisions between audience, artist, and performer. As Paik once described: "In my so said action music,/ the sounds, etc., moves, the audience is attacked by me./ In the "Symphony for 20 rooms",/ the sounds, etc., moves, the audience moves also./ In my "Omnibus music No.1" (1961),/ the sounds sit down, the audience visits them./ In the Music Exposition,/ the sounds sit, the audience plays or attacks them."