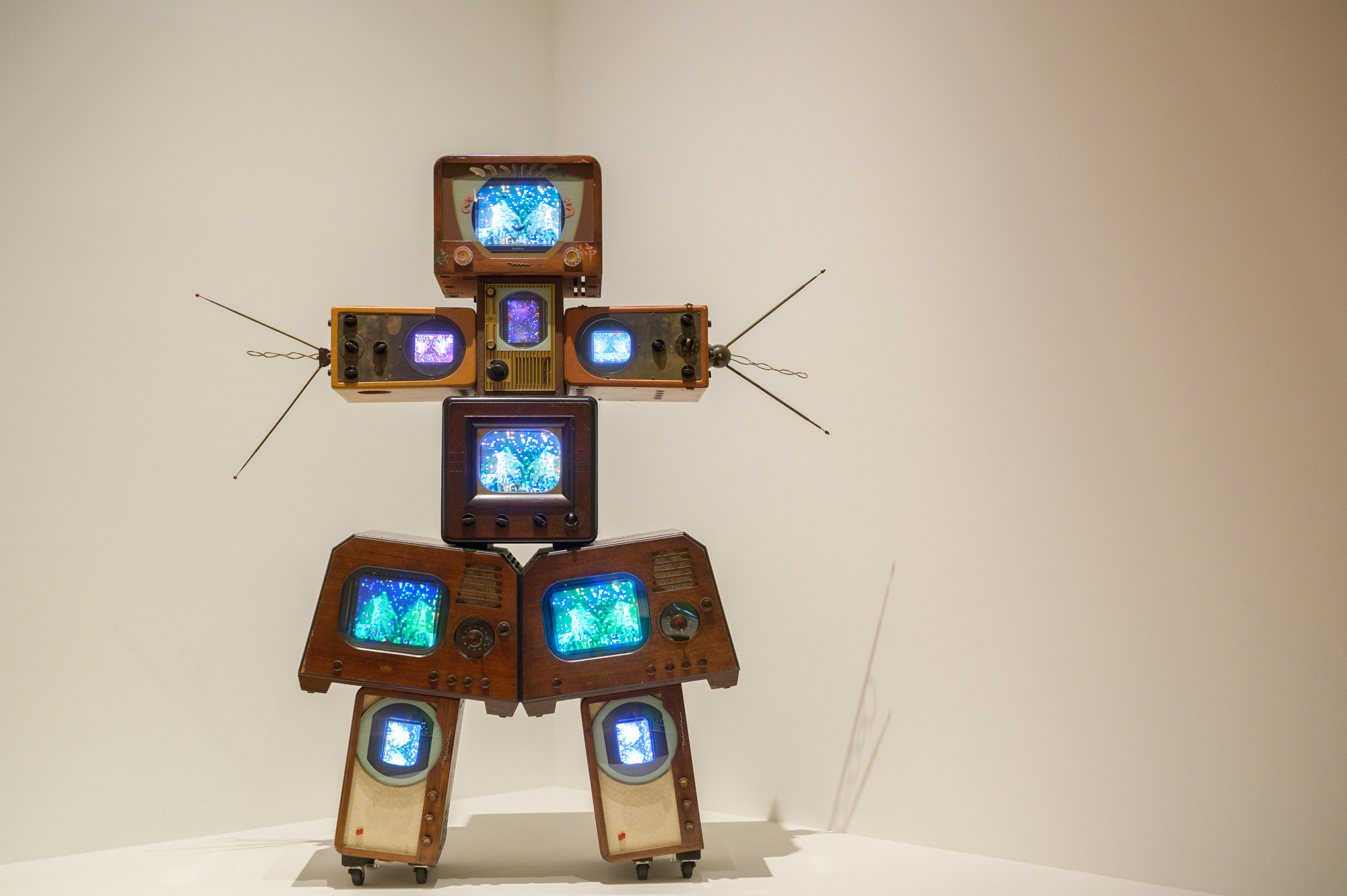 Sister was made two years after Grandmother and Grandfather, as Paik continued to explore the making of humanlike figures using radio cabinets and TV sets. Each succeeding generation was made with newer models.

Presented together, Family of Robot offers a little history of media hardware from various stages of its evolution in the 20th century. The series also juxtaposes mass media technologies with the traditional family structure, particularly the extended, multi-generational family common in Korean culture.