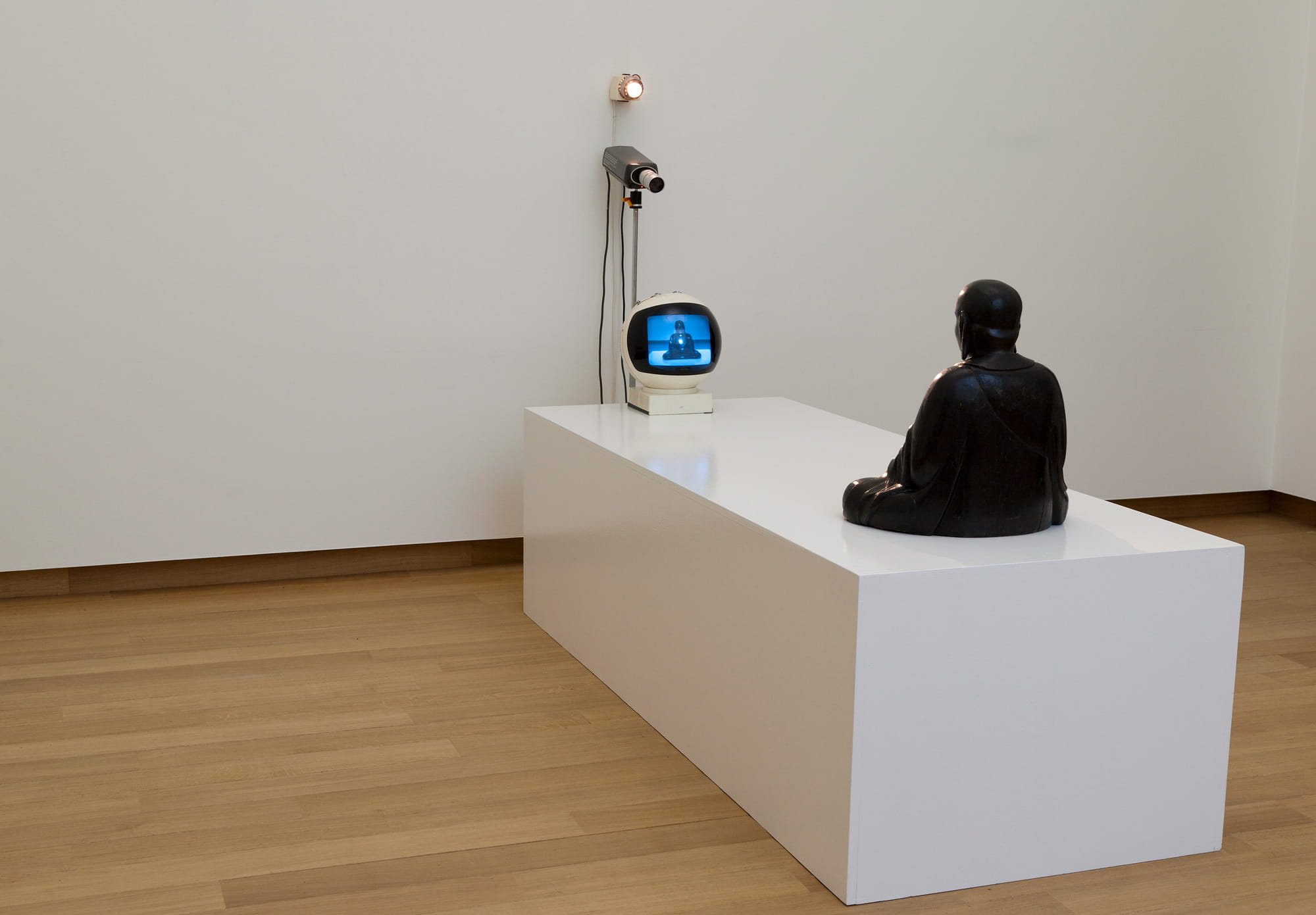 One of Nam June Paik’s most iconic works, TV Buddha expresses the contrasts and parallels between East and West and between technology and spirituality in a very simple and direct way. A CCTV camera films a Buddha statue, which Paik bought from an antique store. Its static, silent image appears live on a round TV set, inspired by popular sci-fi imagery. Here the Buddha is both the viewer and the viewed image, mirroring our own experience as mass media consumers.