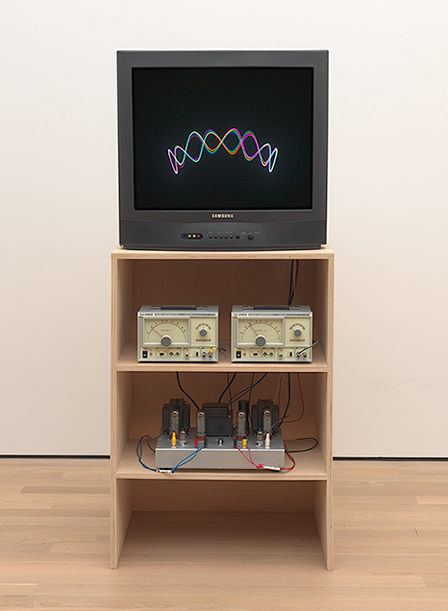 TV Crown was first conceived and created in 1965 using parts from numerous deconstructed television sets. From this, Paik used audio generators to form a unique audio signal. The signal is then transmitted through the amplifier to the cathode ray tube, creating a crown-like pattern on the television screen. Tampering with the audio generators can also alter the appearance of the crown.

TV Crown illustrates how televisions translate the signals they receive into the images the viewer sees on screen. By studying the internal structures of television sets, Paik manipulated them to form mesmerising screen displays that unveil technology’s character through interference.