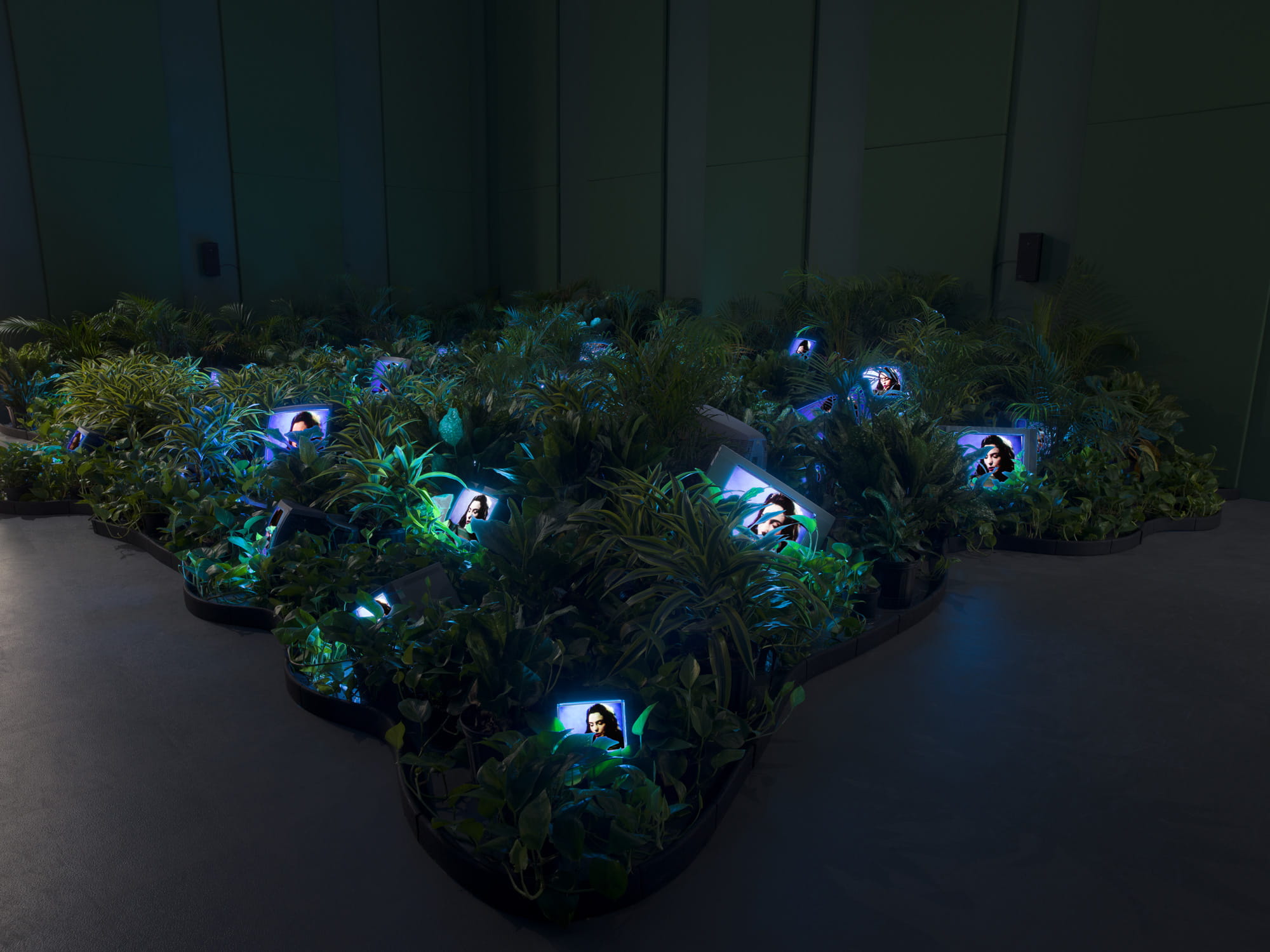 TV Garden is Paik’s imagined future landscape where technology is an integral part of the natural world. Placing television sets amongst live plants, he creates an environment in which the seemingly distinct realms of electronics and nature coexist. His approach follows the Buddhist philosophy that everything is interdependent. It also suggests that technology is not in conflict with nature but an extension of the human realm.

The monitors in this version of TV Garden display Paik’s music video work Global Groove, a colourful and dense mix of avant-garde, pop, and commercial imagery that brought together many of the themes central to him. It addressed global telecommunications and predicted a shift in the way different cultures, disciplines and art forms could connect and combine in mass media.