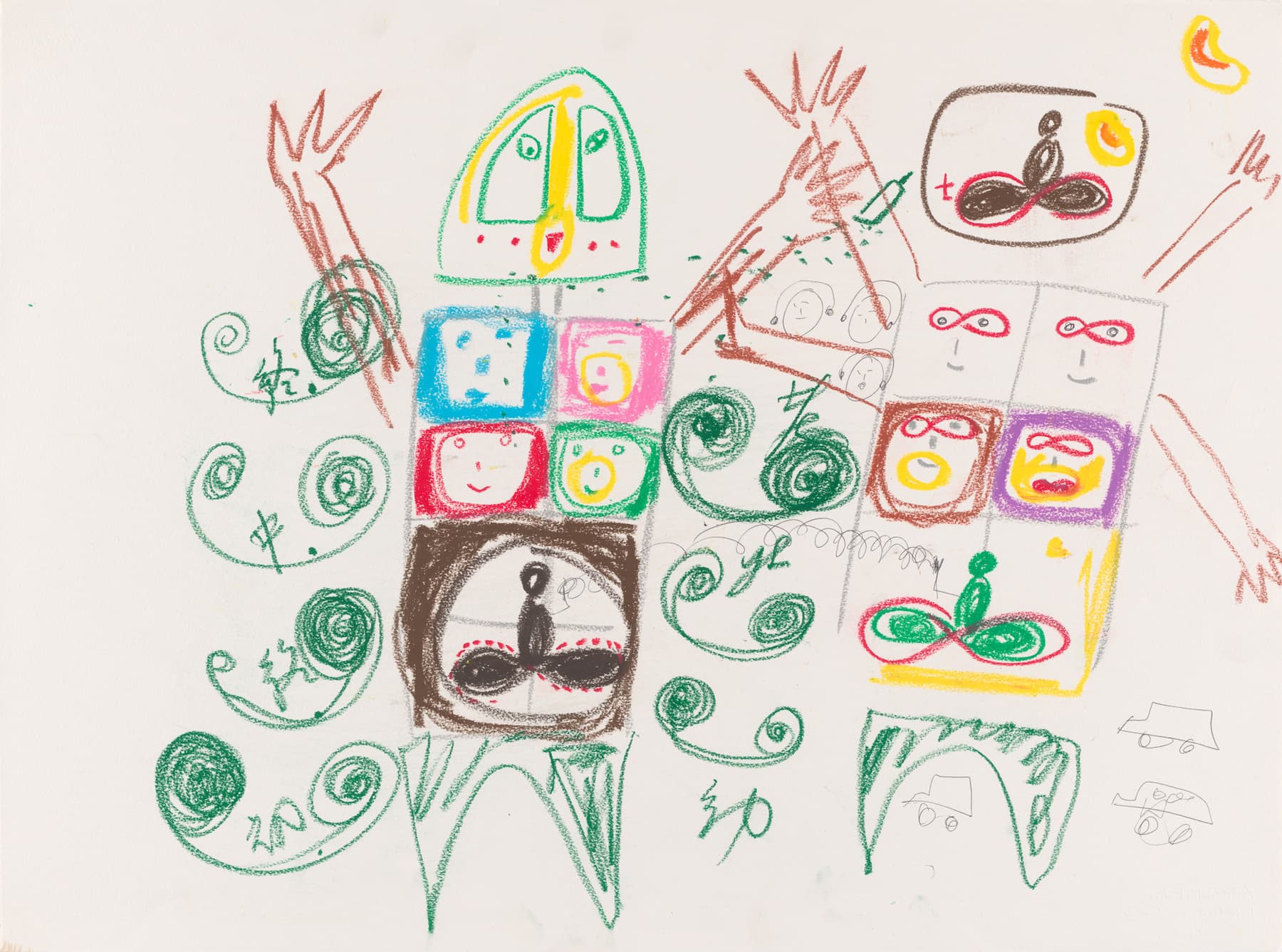 Drawing and sketching were essential elements in Paik’s artistic practice as they allowed him to easily visualise and reflect upon new concepts. Untitled (Robots with Videotape) is part of a set of robotic drawings were made after he suffered from a stroke in 1996 and provide insights into the complexity of Paik’s thinking during the last decade of his life.

The drawings are filled with a myriad of colours, various emoticons, and scattered with either Chinese, Korean, Japanese, or mixed scripts, image and text converge like in logograms, written or pictorial symbols which represent entire words. The handwritings reveal the characters “老” (old or elderly), “少”  (small or youth), “中”  (centre or middle-aged) and “幼”  (young or infant), representing the four stages of a human lifespan.