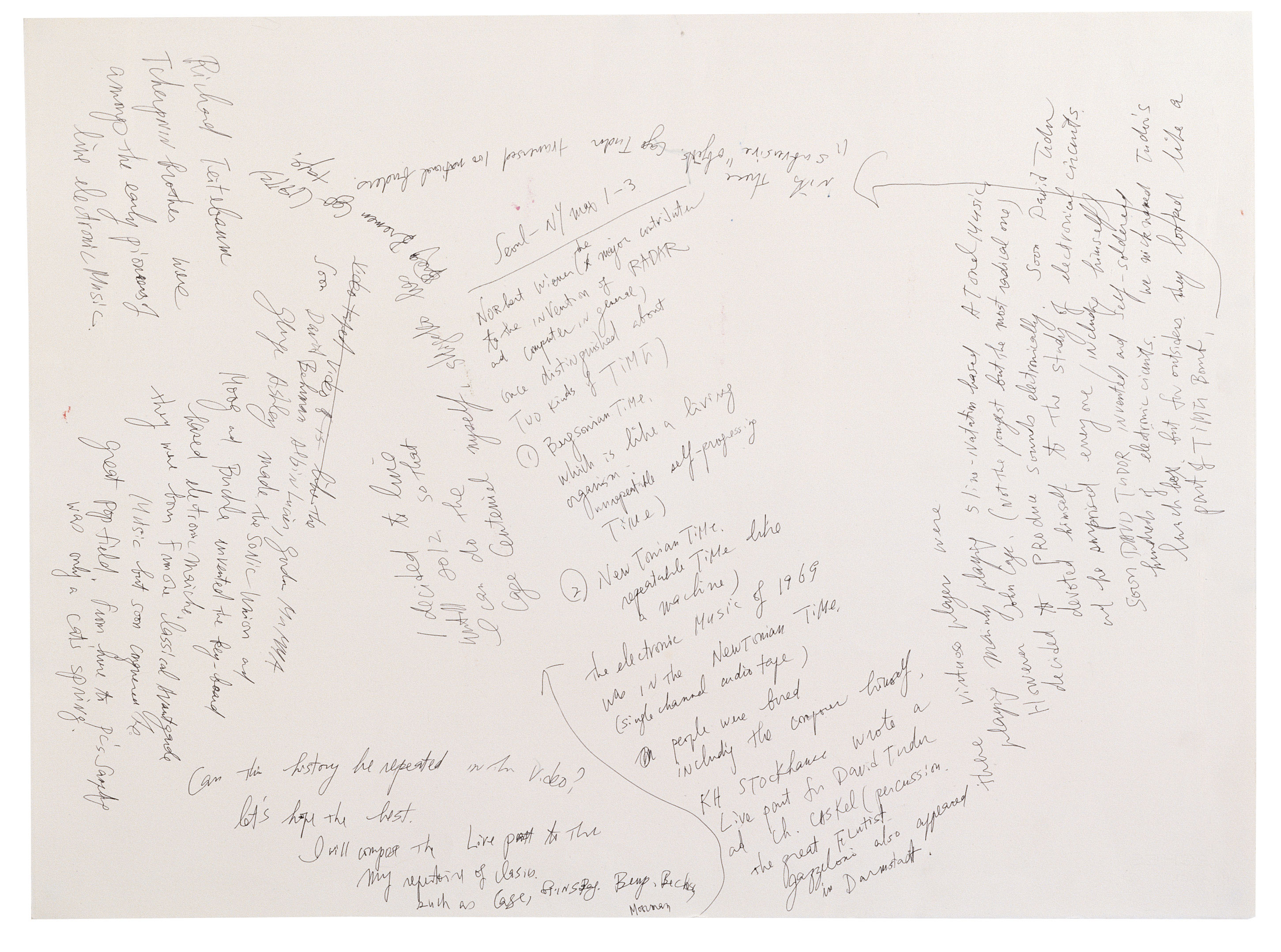 “Norbert Wiener, the major contributor to the invention of RADAR
and computer in general, once distinguished about Two kinds of TIME:

1) Bergsonian Time, which is like a living organism: unrepeatable, self-progressing Time

The electronic music of 1969 was in the Newtonian Time (single channel audio tape) people were bored, including the composer himself.
KH Stockhausen wrote a live part for David Tudor and Ch. Caskel (percussion).
The great flutist Gazzeloni also appeared in Darmstadt.

There, virtuoso players were playing mainly playing 5 line-notation based Atonal MUSIC. However John Cage (not the youngest but the most radical one) decided to produce sounds electronically. Soon David Tudor devoted himself to the study of electronical circuits and he surprised everyone, including himself. Soon DAVID TUDOR invented and self-soldered hundreds of electronic circuits. We nicknamed Tudor's lunchbox, but for outsiders they looked like a part of TIME Bomb
with these ‘subversive’ objects Cage Tudor traversed 100 national borders.

Richard Teitelbaum / Tcherepnin brothers were among the early pioneers of live electronic music.

Soon David Behrman, Alvin Lucier, Gordon Mumma, [Robert] Ashley made the SONIC Union and Moog and Buchla invented the key-board based electronic machine. They were born from the classical avantgarde Music but soon conquered the great pop field.
From here to PC's sampling was only a cat's spring.
Can this history be repeated in the video?
let's hope the best.
I will compose the live part to the
my repertoire of classic,
such as Cage, Ginsberg, Beuys, Beck, Moorman.

I decided to live until 2012 so that I can do the Cage Centennial myself.
Shigeko has Bremen Cage (1972) tape.”