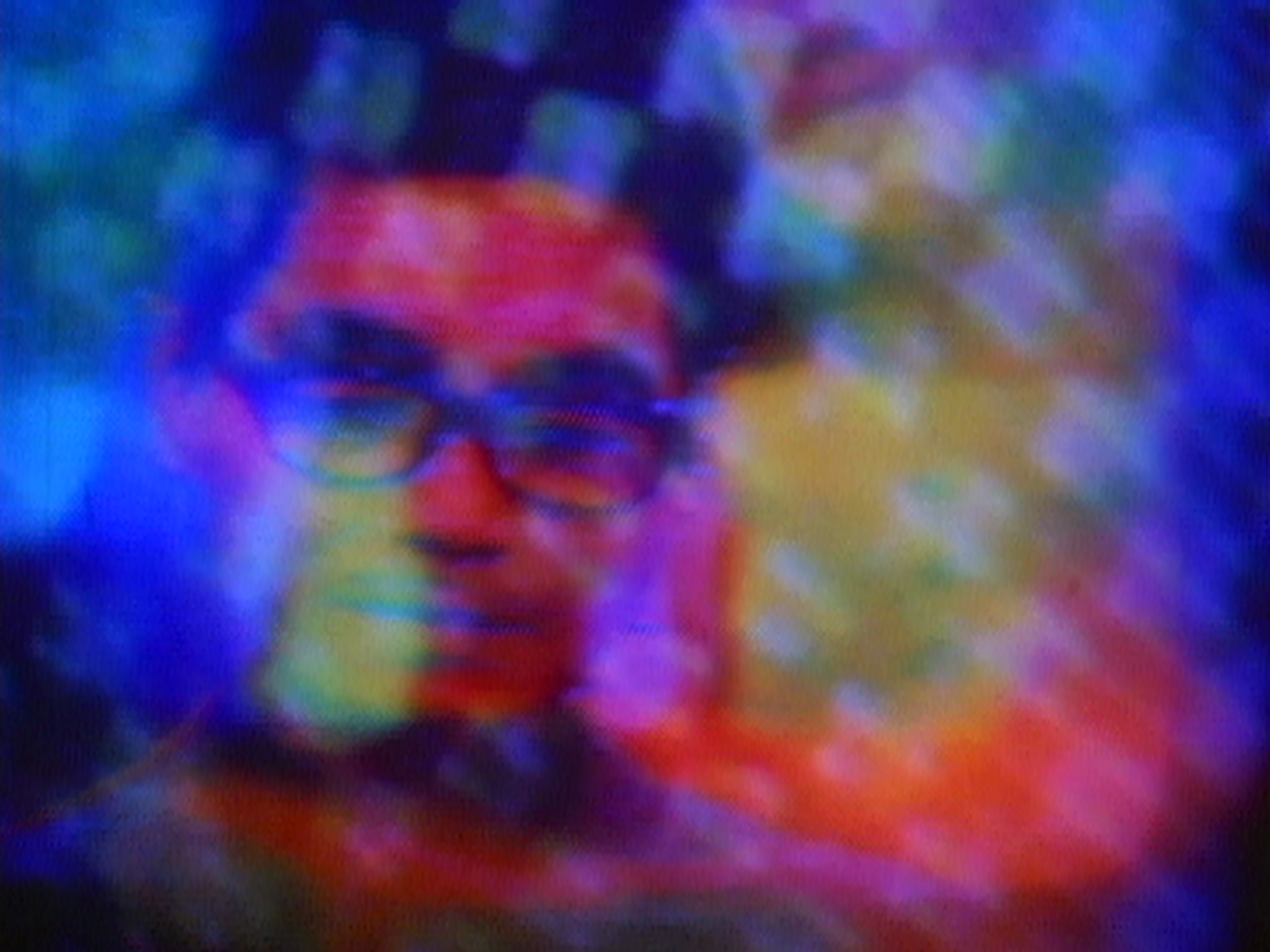 The live television broadcast of Video Commune on 1 August 1970 acted as the public debut of the Paik-Abe Video Synthesizer. Originally a four-hour live programme, Video Commune was an improvised montage of distorted TV imagery accompanied by The Beatles’ back catalogue. Random passers-by were invited into the studio to contribute to the live programme by interacting with the Video Synthesizer. This shortened version was a form of documentation of the programme, made by filming a TV screen on 16mm. This version is silent, and viewers are invited to listen to their selected song by The Beatles while watching it.

If you view this work in person at the Gallery, you can select The Beatles song you would like to listen to on the touchscreen nearby.