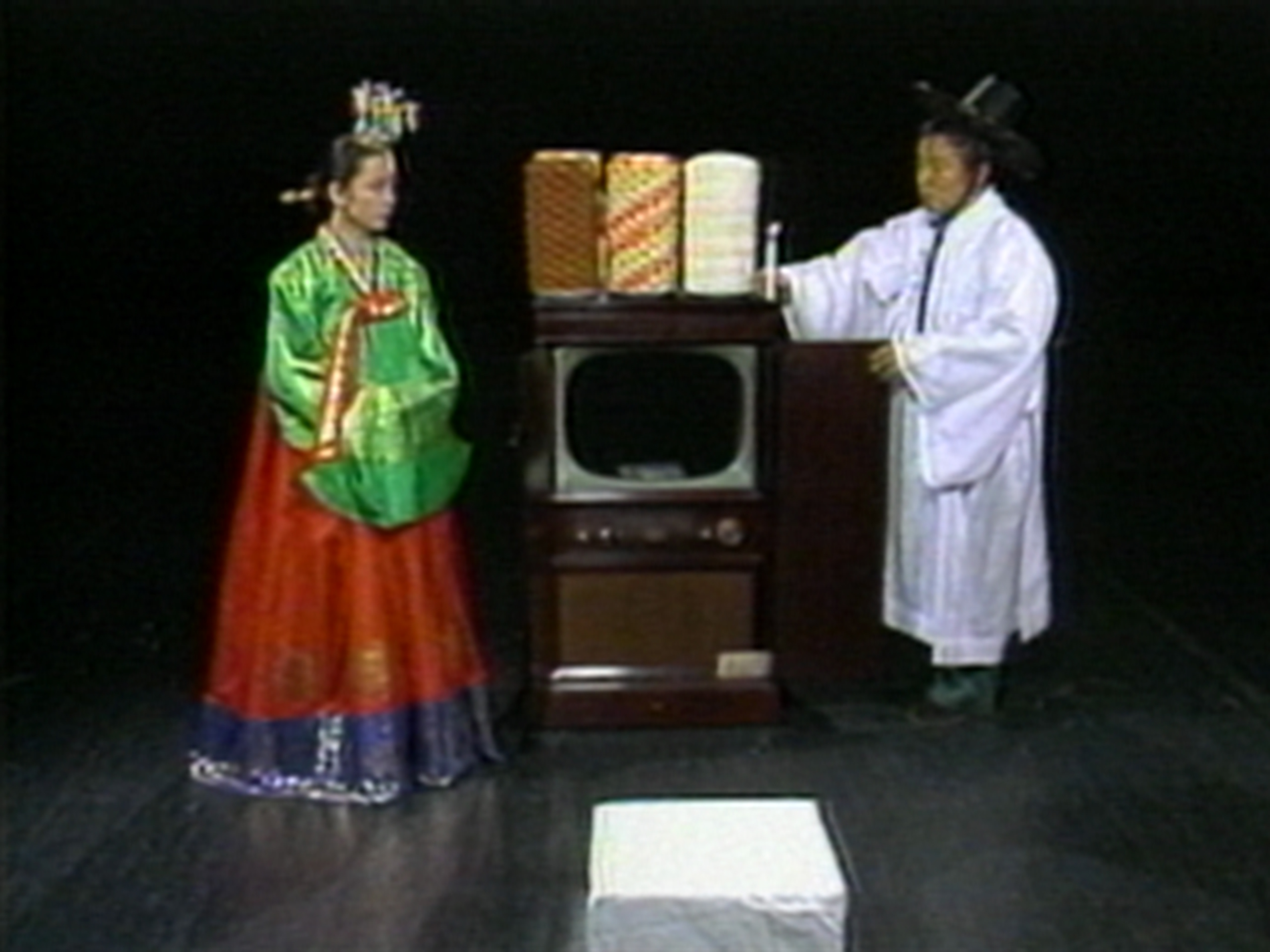 Wrap Around The World

Paik’s final satellite broadcast Wrap around the World connected Korea (shortly before the opening of the Olympic Games in Seoul), the United States, Brazil, Austria, Germany, Ireland, Israel, Japan, Italy, China, the UK and even the USSR. As the Eastern Bloc was on the brink of radical political change, Paik breached the Iron Curtain with images of David Bowie chatting in Japanese with musician Ryuichi Sakamoto, Brazilian carnival dancers and Paik himself performing in traditional Korean clothes. There are also appearances by dancer Merce Cunningham, a game of elephant soccer in Thailand, and a car race in Ireland.