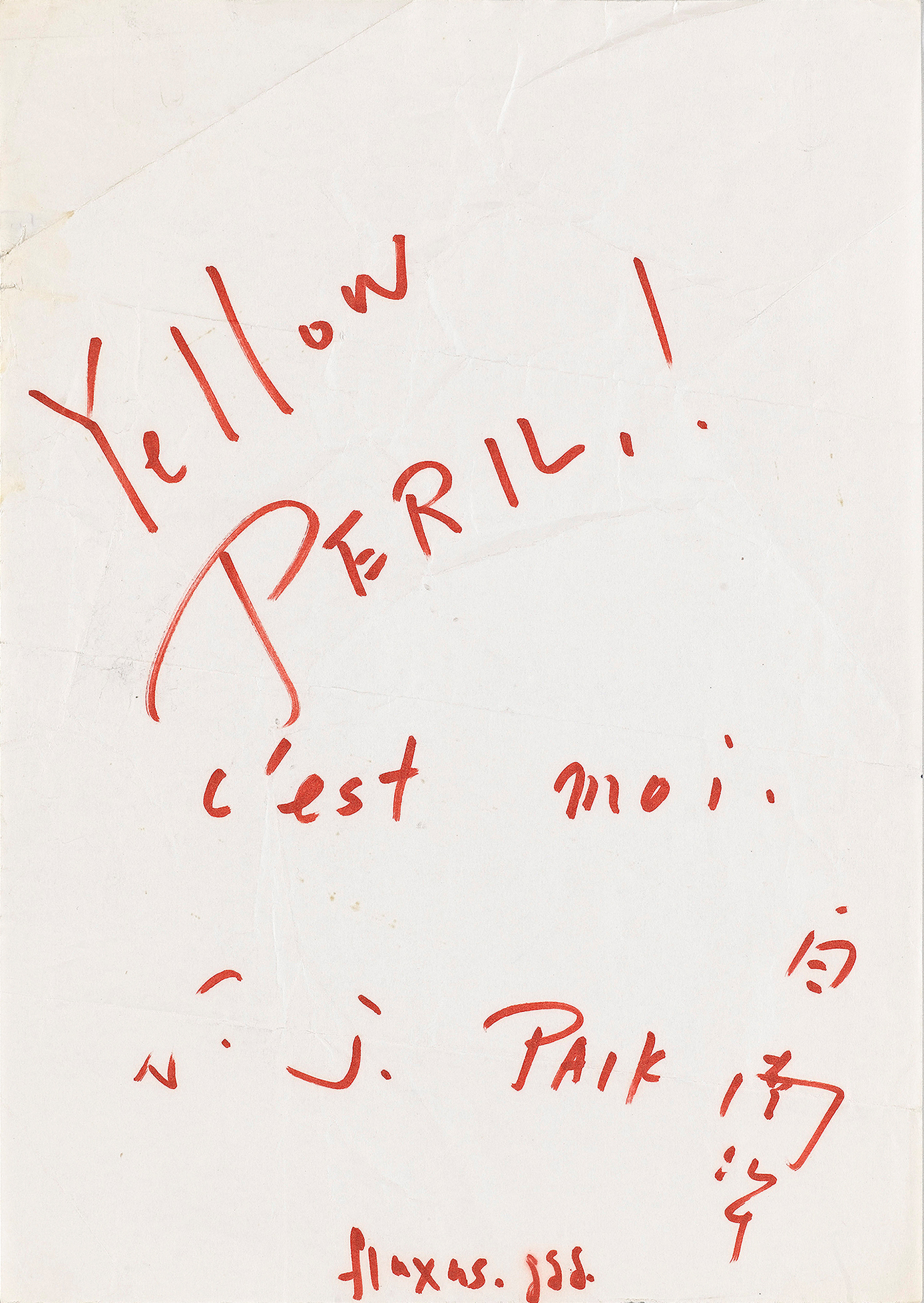 Paik included this note in a letter to Fluxus founder George Maciunas. Ever the nomad, Paik spent 1964 between Germany, Japan, and the U.S., embracing his outsider status and rejecting any kind of authoritarian nationalism. In this message, he combines the racist anti-Asian phrase "yellow peril" with a reference to French emperor Louis XIV's despotic declaration "L'etat c'est moi" ("I am the State"), thereby subverting the message and calling out hypocritical fear mongering and stereotyping.

Paik’s declaration of “C’est moi! Yellow Peril” was first made through flyers he handed out around the start of his career. Despite being disseminated in Germany, the flyer was written in English and French. The use of multiple languages and signatures—one in Chinese characters and the other in Roman letters—coupled with the historical significance of the quotes, evokes Paik’s conception of identity as a complex interaction of different cultures.