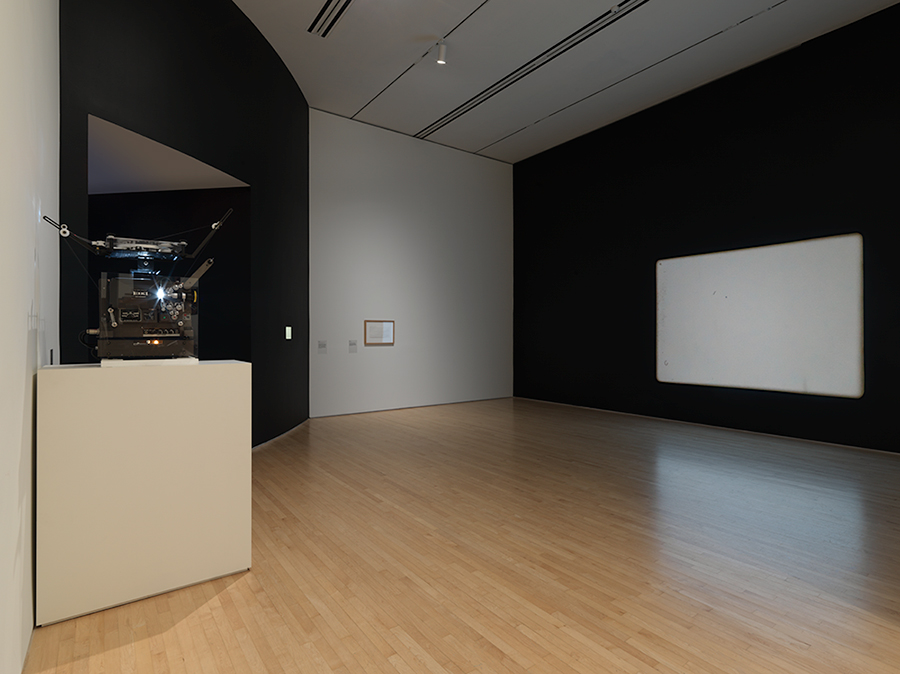 Zen for Film is not an endless loop: in its original form, it lasts 20 minutes. This shorter version was created for inclusion in an anthology titled Fluxfilm. By suggesting his audience watch the blank film the same way they would a traditional film, Paik wanted viewers to become aware of the physical aspects of the projection: dust and scratches on the film itself, the projector, the screen, even one’s self and other viewers. When shown in 1965 as part of the New Cinema Festival I in New York, Paik stood in front of the projection, casting and watching his own shadow.