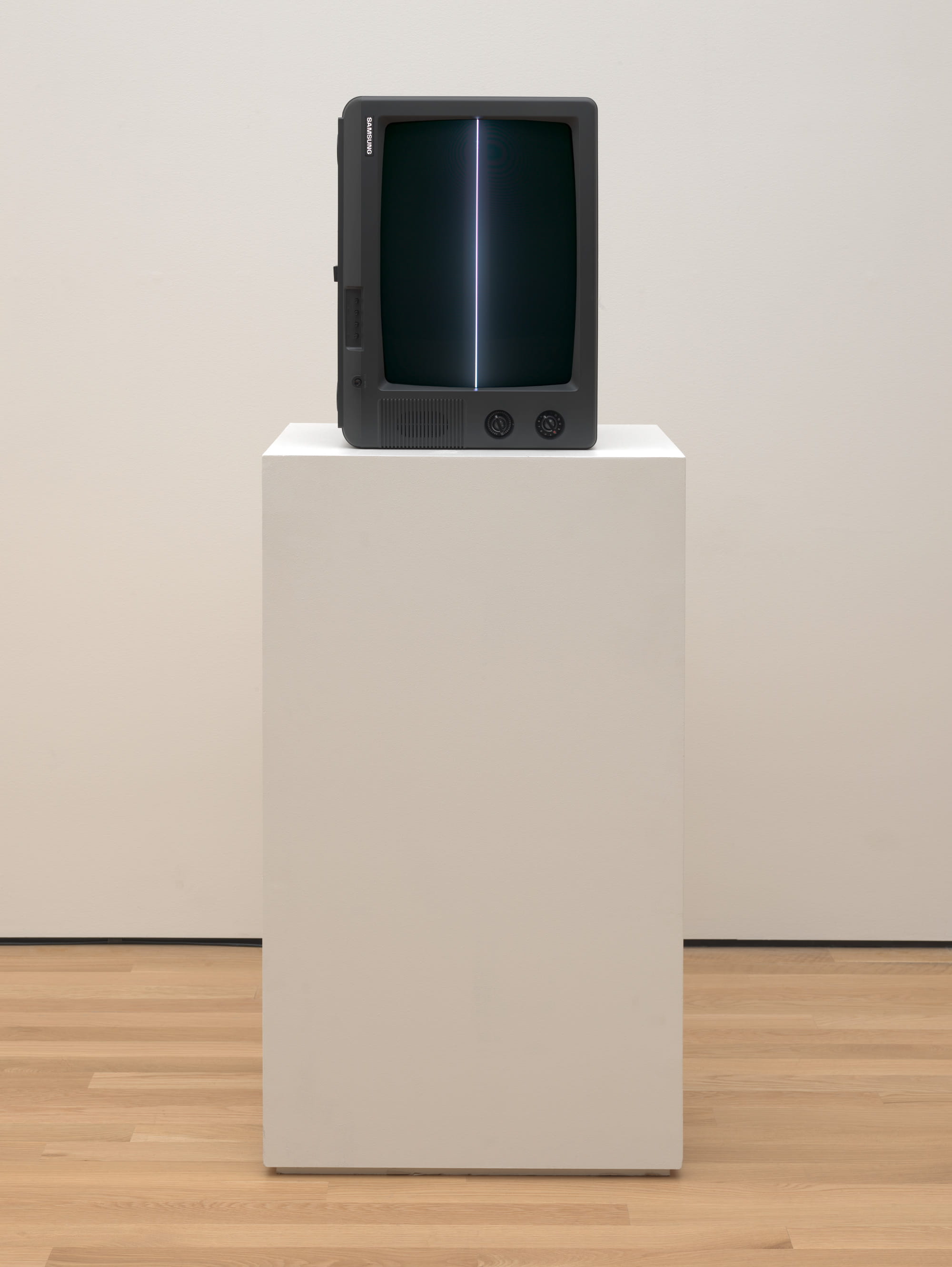 Early electronics were fragile and often malfunctioned. This worked well with Paik’s interest in chance and random operations: he understood that one could not “fix” electronic images into static artworks but had to work with their unstable nature and their glitches. When a TV set, damaged during transport, ended up displaying only a horizontal line, Paik simply turned it on its side and retitled it Zen for TV. He returned to this work throughout his career via a series of reconstructions in which he deliberately engineered the line glitch.